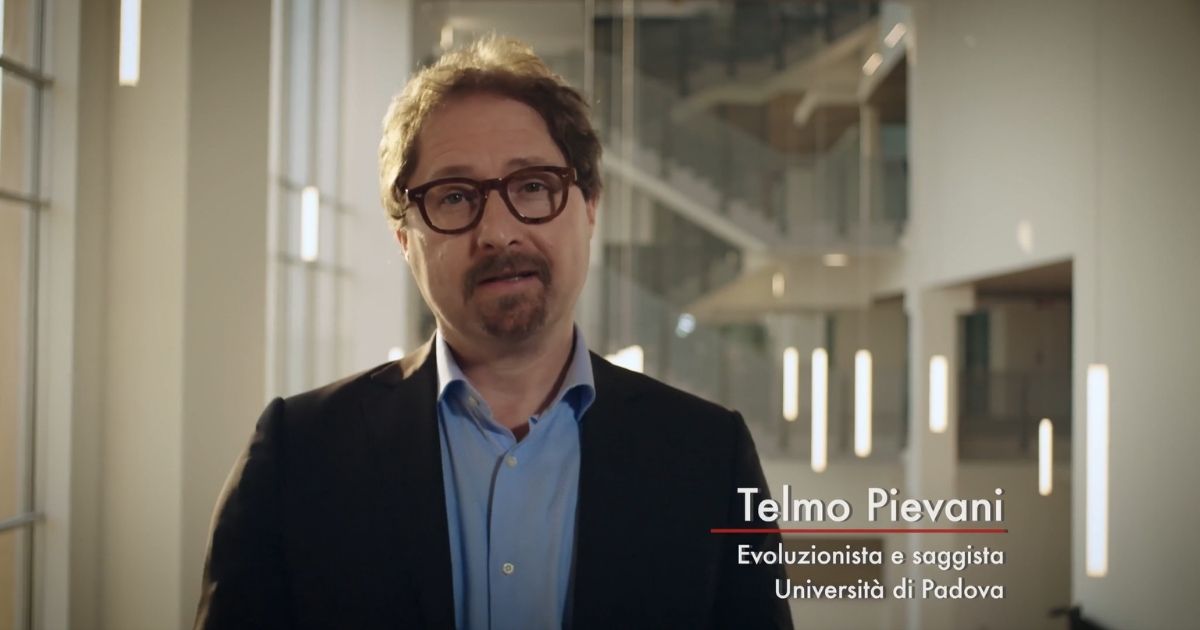 “The heartbeat of innovation”: Padova Congress narrated by Telmo Pievani in the extraordinary video by Jolefilm

The dominant color is Giotto Blue, a distinctive feature of the great artist on the vault of Scrovegni Chapel, but also the blue of the sky Galileo Galilei observed from right here in Padua. This color was also chosen for the armchairs of Padova Congress, the new conference center designed by Kengo Kuma. It is the blue of innovation: the blue kilometer that connects the train station, the Live Demos of SMACT Competence Center, the new Engineering Department, Galileo Park, the Village, the Soft City and the Exhibition Center.
This ecosystem, which will profoundly impact the city in the upcoming years, is now the star of a moving video exclusively created by Jolefilm, the theater, film and documentary production company born in 1999 around Marco Paolini’s work.

A video directed by Marco Segato and called “The heartbeat of innovation”. The ecosystem described in the video, which is narrated by the philosopher and evolutionist Telmo Pievani, who also co-authored the texts with the director and Luca Barbieri, journalist and co-founder of Blum, is a place where “scientists, researchers and entrepreneurs from around the world will come together, in a square dedicated to innovation and events. A square that will attract at least 5,000 people every day”.

«Padua is a sprawling metropolis, steeped in manufacturing activities and its excellence is absolutely tied to the university and research, to the world of healthcare, culture and tourism», comments the President of Padova Hall and of the Padua Chamber of Commerce, Antonio Santocono. «This marvelous video, a true work of visual art, tells this story through intense images and texts. Thanks to the power of cinematographic art, and the excellent work done by Jolefilm, we have the perfect medium to promote the beauty of our city and its extraordinary future trajectory in Italy and around the world».

“THE HEARTBEAT OF INNOVATION” – CREDITS

Jolefilm is where Marco Paolini’s work in theater is developed and produced, but also in publishing, cinema and audiovisual. The idea of translating Paolini’s theater performances, which he is the author, director and interpreter of, into videos led to its founding in 1999. Over the years, Jolefilm has become a meeting place for artists, directors, authors and filmmakers, a creative hotbed for experimentation and new projects, a sort of workshop where ideas are built up and taken apart until taking shape. The result is another soul of the group that focuses on auteur films and documentaries.